What is Child Abuse?

Child abuse is defined as doing or failing to do something that results in harm or risk of harm to a child.

Who is affected by child abuse?

Child abuse knows no boundaries, and occurs in every zip code, race, and ethnicity. Children of all ages, races, ethnicities, and economic backgrounds are vulnerable to abuse. Child abuse affects both girls and boys in all kinds of neighborhoods and communities, and in countries around the world.

There are many forms of child maltreatment, including physical abuse, sexual abuse, emotional abuse, neglect, and child exploitation. 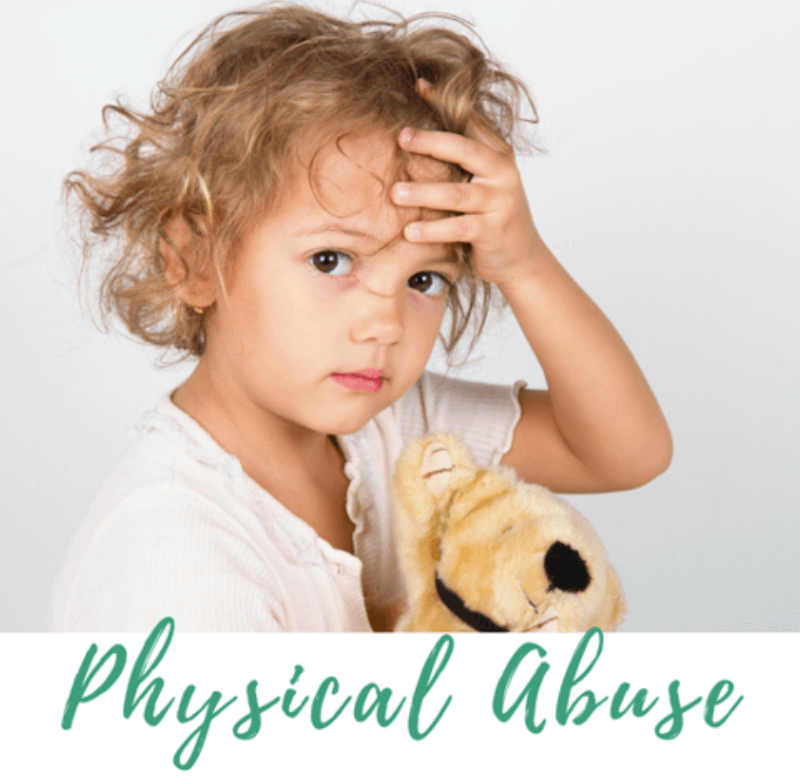 Physical abuse of a child is when a parent or caregiver causes any non-accidental physical injury to a child.

This includes striking, kicking, burning, biting, hair pulling, strangling, throwing, shoving, whipping, or any other action that injures a child. Even if the caregiver didn’t mean to inflict an injury, when the child is injured, it is abuse.

Signs of Physical Abuse in a Child:

Child sexual abuse is any interaction between a child and an adult (or another child) in which the child is used for the sexual stimulation of the perpetrator or an observer.

This includes touching the victim or having victim touch offender on their private parts over or under clothing, exposure of private parts of either party, exposure of graphic content to the child, and the introduction of sexual material in person or online.

Sexual abuse can include both touching and non-touching behaviors:

Abusers often do not use physical force, but may use play, deception, threats, or other forms of coercion to engage children and maintain their silence. Abusers frequently employ persuasive and manipulative tactics to keep the child engaged. These tactics—referred to as “grooming”—may include buying gifts or arranging special activities, which can further confuse the victim.

Signs of Sexual Abuse in a Child: 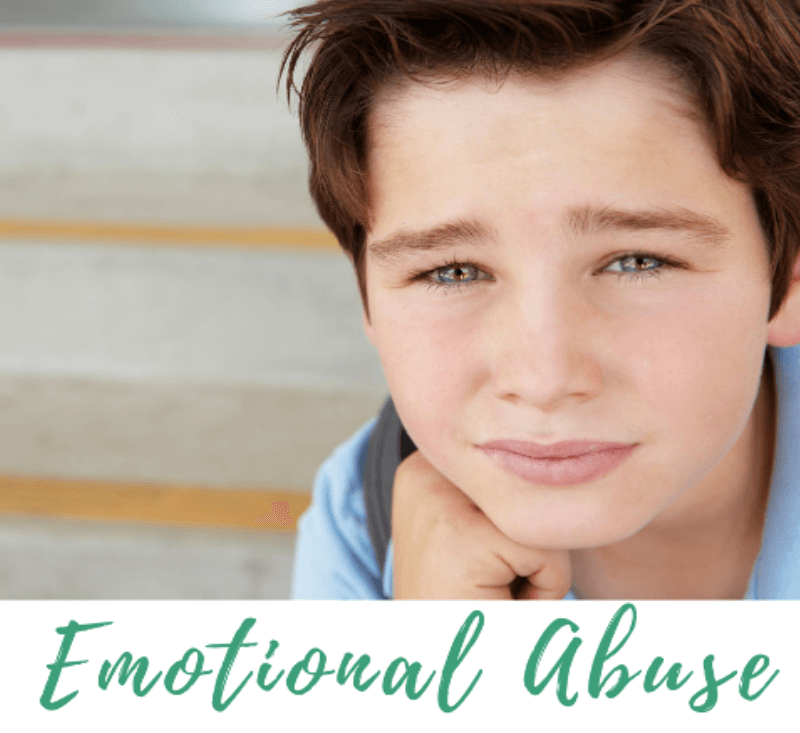 Emotional abuse is defined as inflicting and/or allowing mental or emotional injury to a child that results in an observable and tangible impairment of the child’s growth, development or psychological functioning.

Signs of Emotional Abuse in a Child: 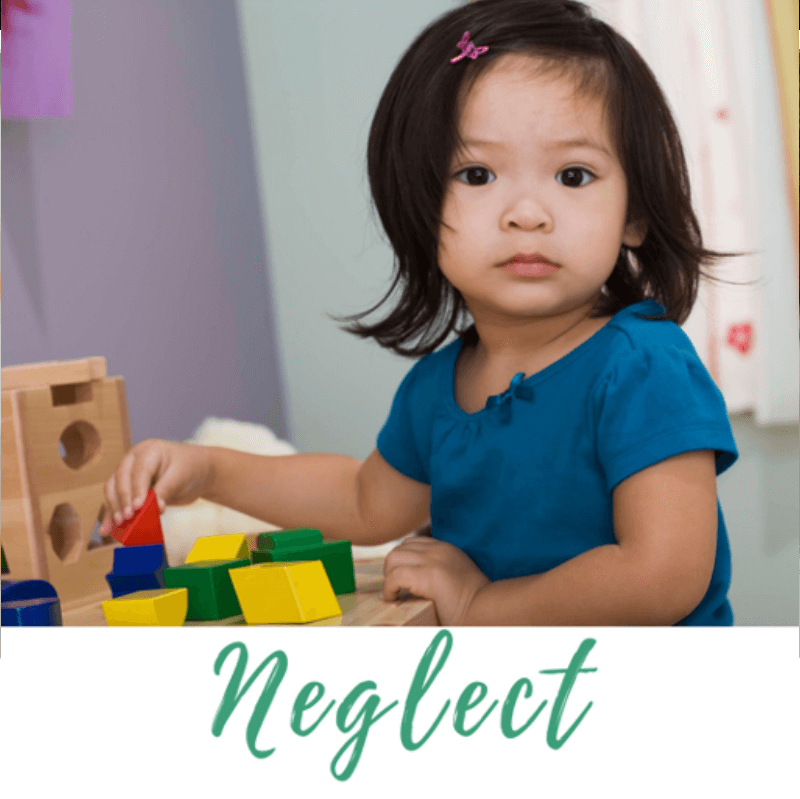 Neglect is defined as leaving a child in a situation where they would be exposed to a substantial risk of physical or mental harm, or failing to arrange the necessary care for the child.

Signs of Neglect in a Child: 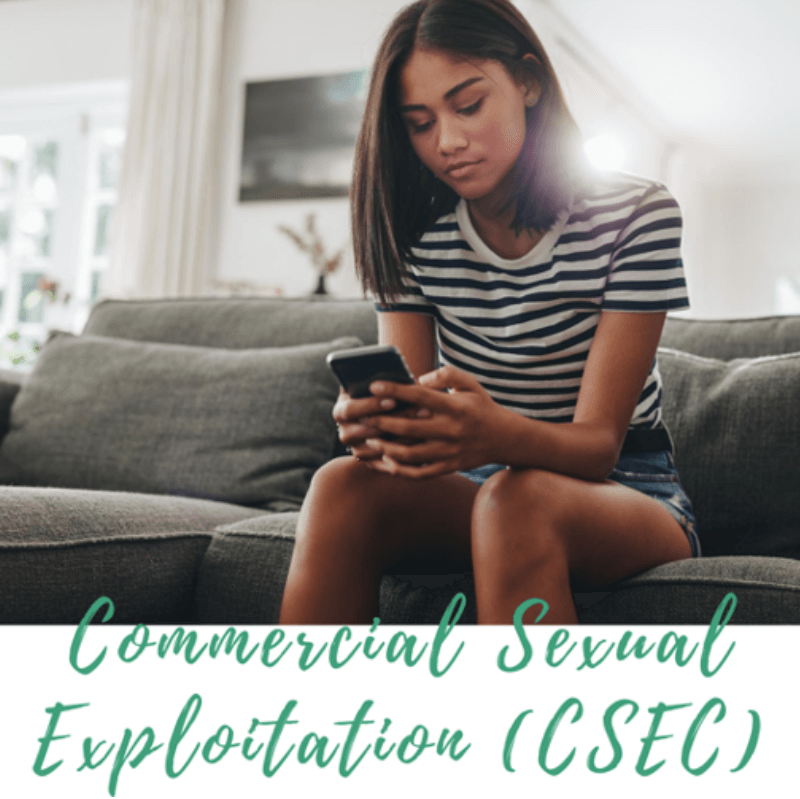 Commercial Sexual Exploitation of Children (CSEC) refers to a range of crimes and activities involving the sexual abuse or exploitation of a child for the financial benefit of any person or in exchange for anything of value (including monetary and non-monetary benefits) given or received by any person.

Examples of crimes and acts that constitute CSEC:

While any child can be targeted by a trafficker, research has shown that traffickers often target children with increased vulnerabilities, including:

Red Flags or Indicators of Commercial Sexual Exploitation (CSEC) in a Child:
While no single indicator confirms the existence of commercial sexual exploitation, several indicators combined can mean it is more likely that a child is being exploited or is actively being targeted and recruited.  That is why being aware of the following indicators is so important: