Imagine reliving the worst day of your life… over… and over… and over… and over again.
Before Mission Kids opened its doors, child victims were forced to repeatedly recount and relive their abuse during multiple interviews with various investigative professionals from law enforcement, social services, prosecutors, and medical and mental health personnel. This exacerbated minor victims’ trauma and often resulted in their being unable or unwilling to testify. 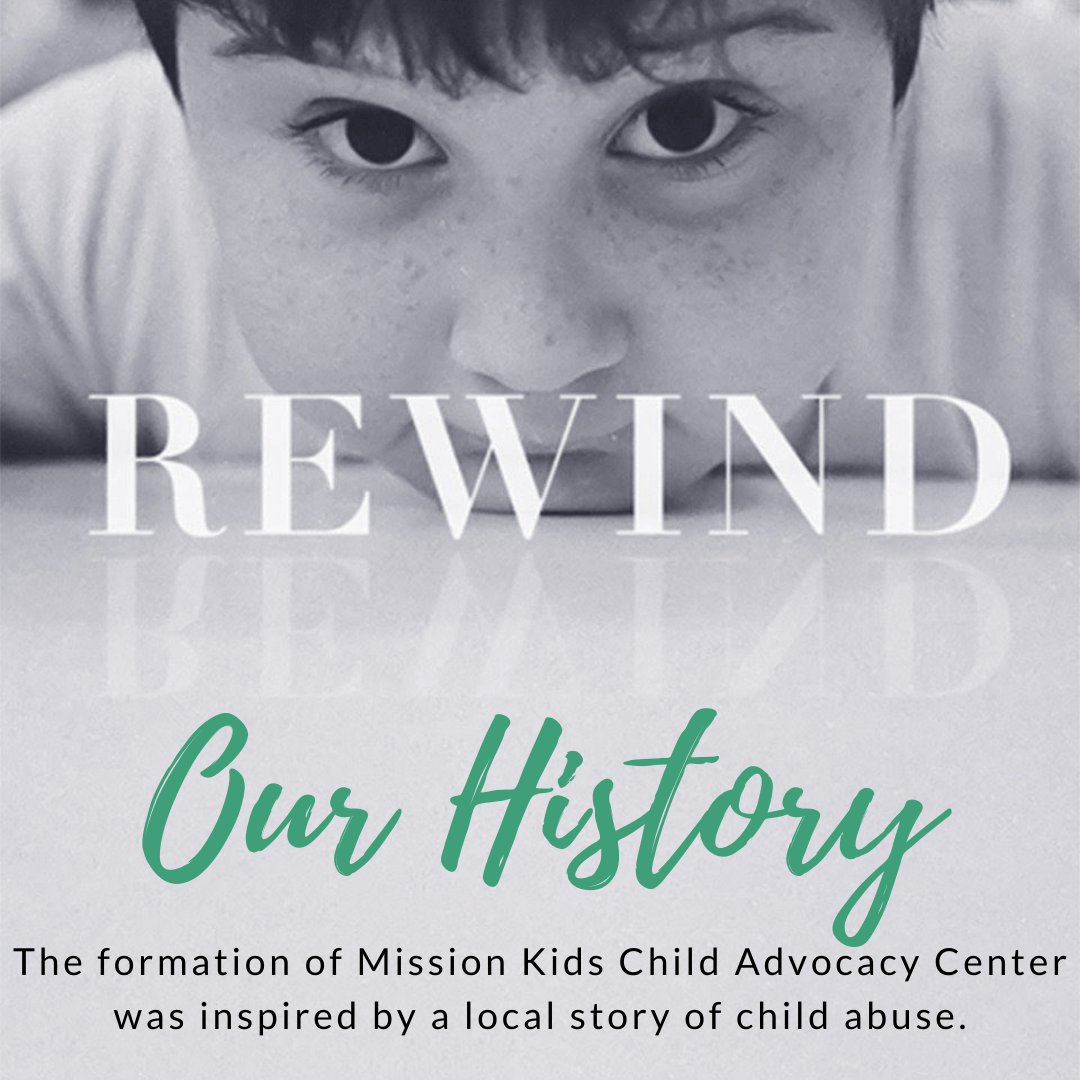 The creation of Mission Kids Child Advocacy Center was inspired by a local story of child abuse. The child at the center of the case, Sasha Joseph Neulinger, went on to become a director and has produced a documentary, called “Rewind,” recounting his personal story. Sasha felt that the inter-generational child sexual abuse he had suffered from family members was terrible, but the pain he experienced over the years through the investigative and criminal justice process was even worse. This case inspired Montgomery County’s then-First Assistant District Attorney, Risa Vetri Ferman, former Office of Children and Youth (OCY) Director, Laurie O’Connor, and other child welfare and criminal justice leaders to develop a better response using a victim-centered approach. As a result of Sasha’s bravery and advocacy, our Child Advocacy Center was created to reduce the amount of additional trauma Montgomery County’s child abuse victims and their families experience as a result of the investigative process that followed disclosure.

Planning for Mission Kids began in 2004 by the Montgomery County District Attorney’s Office, supported by the Police Association, and the Montgomery County Office of Children and Youth (OCY). In 2006, these teams united to form a multidisciplinary force committed to investigating and prosecuting child abuse cases in a manner designed to reduce additional trauma to victims. In 2009, Mission Kids opened a Child Advocacy Center in Montgomery County, to serve all victims of child abuse and their non-offending caregivers.

Since opening, Mission Kids has served over 5,000 children, just like Sasha.